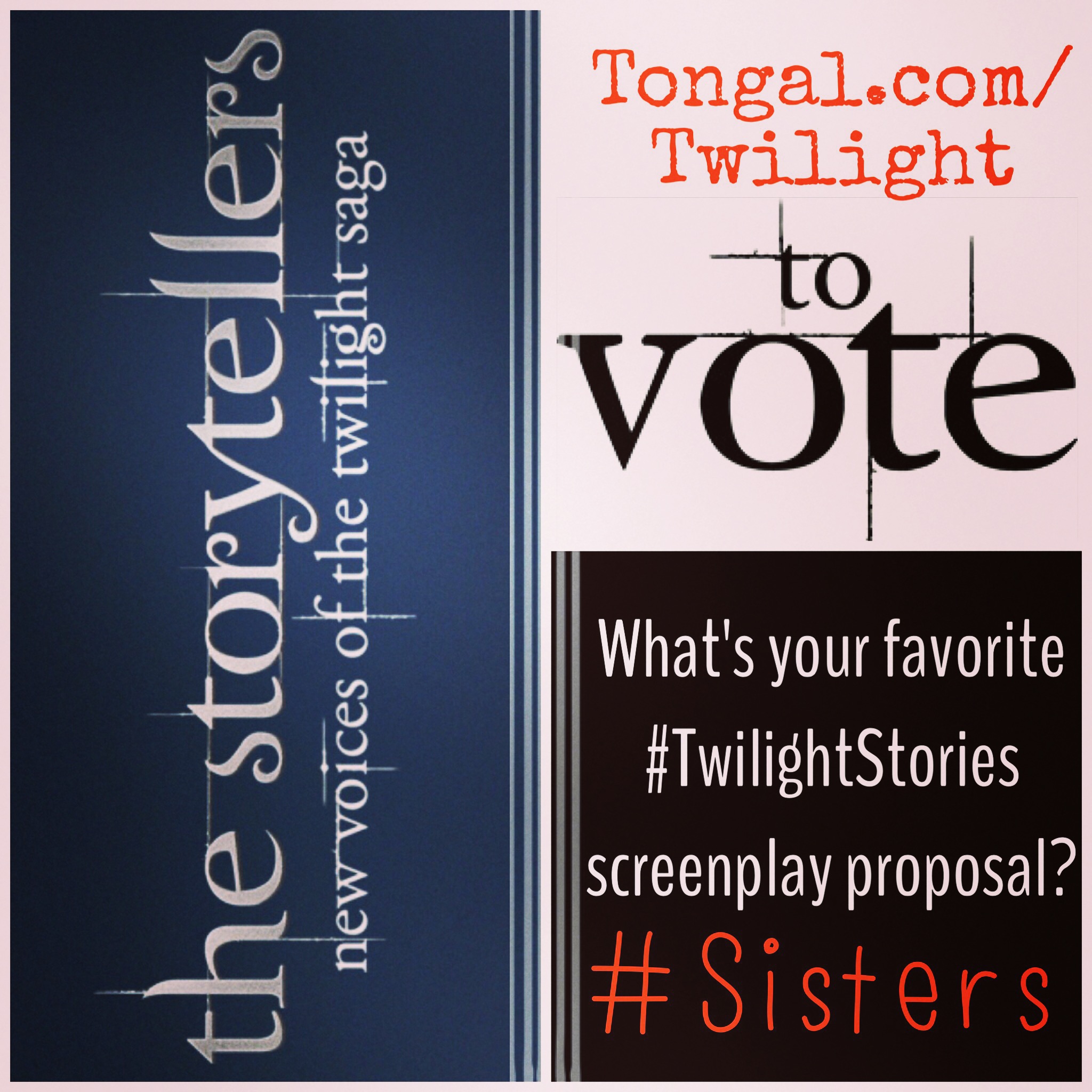 A quick update… My proposal was not selected to be amongst the Top 20. While it was a little disheartening, I’m looking forward to completing Defend this Winter!

Over 1,200 Screenplay Outlines were submitted. The Judges have selected the top 40… Now, YOU decide which one should move on to the next round! Vote now at http://tongal.com/twilight 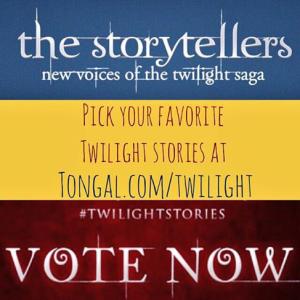 You’re looking at one of the FINALISTS!!!! You read that right, one of the 40 proposals chosen is written by Kallie Ross!

You can vote for your favorite screenplay outlines, and hopefully mine is one of them. The ironic thing is that it’s titled ‘Sisters’, and if it weren’t for my sister I would never have been so involved in the Twilight world. 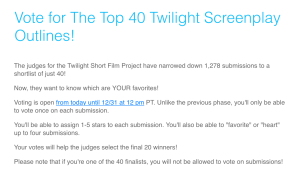 After clicking the link, click on ‘Screenplay Outlines Are Currently under Evaluation’. This will take you to a page that has a ‘Vote Now’ button. Make sure to get your votes in before December 31, 2014! The top 20 will be revealed January 5, 2015.