Wow! Descent is being released in a week, and I just spent a few amazing days in New York City at BookExpo America. It was a great way to take my mind off the the impending book release, that will bare my thoughts and imagination for all to see. How about I tackle ALL the books before ALL the emotions?

BookExpo America (a.k.a. BEA) is a conventions for professionals in the literary world. For three days publishers, agents, authors, librarians, educators, book sellers, and bloggers invade New York City. I frequently find myself in awe of the publishers’ booths laid out across the convention floor, covered in book covers and filled with swag.

These are all just a few of my favorite things, because as a huge bonus I get to hang out with some of my best friends. And, during our evenings roaming the city and eating at the best restaurants in town I received so much encouragement and support. It all came at the most perfect time, because I’ve been freaking out about the release of Descent for a few weeks now.

It’s one more week until you get to read Descent, there’s one more #TeaserTuesday exclusive excerpt, one more chance to get in on the Release Day Launch, one more…  I’ve come to the conclusions that there’s not enough time for me to make changes or to change my mind. Everything I’ve done with Descent is coming to a close, and now I can actually focus in on a new project.

Instead of feeling nervous, freaked, anxious, or defeated I’m grabbing on to the exhilaration of starting something new and jumping in wholeheartedly. It may be one week until the release of Descent, but it’s also one novel in a lifetime of stories I have to write. 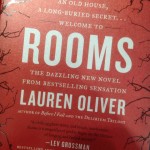 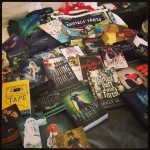 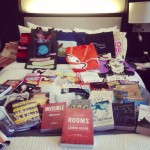 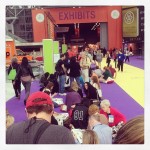 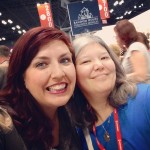 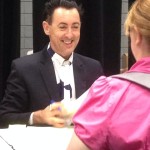