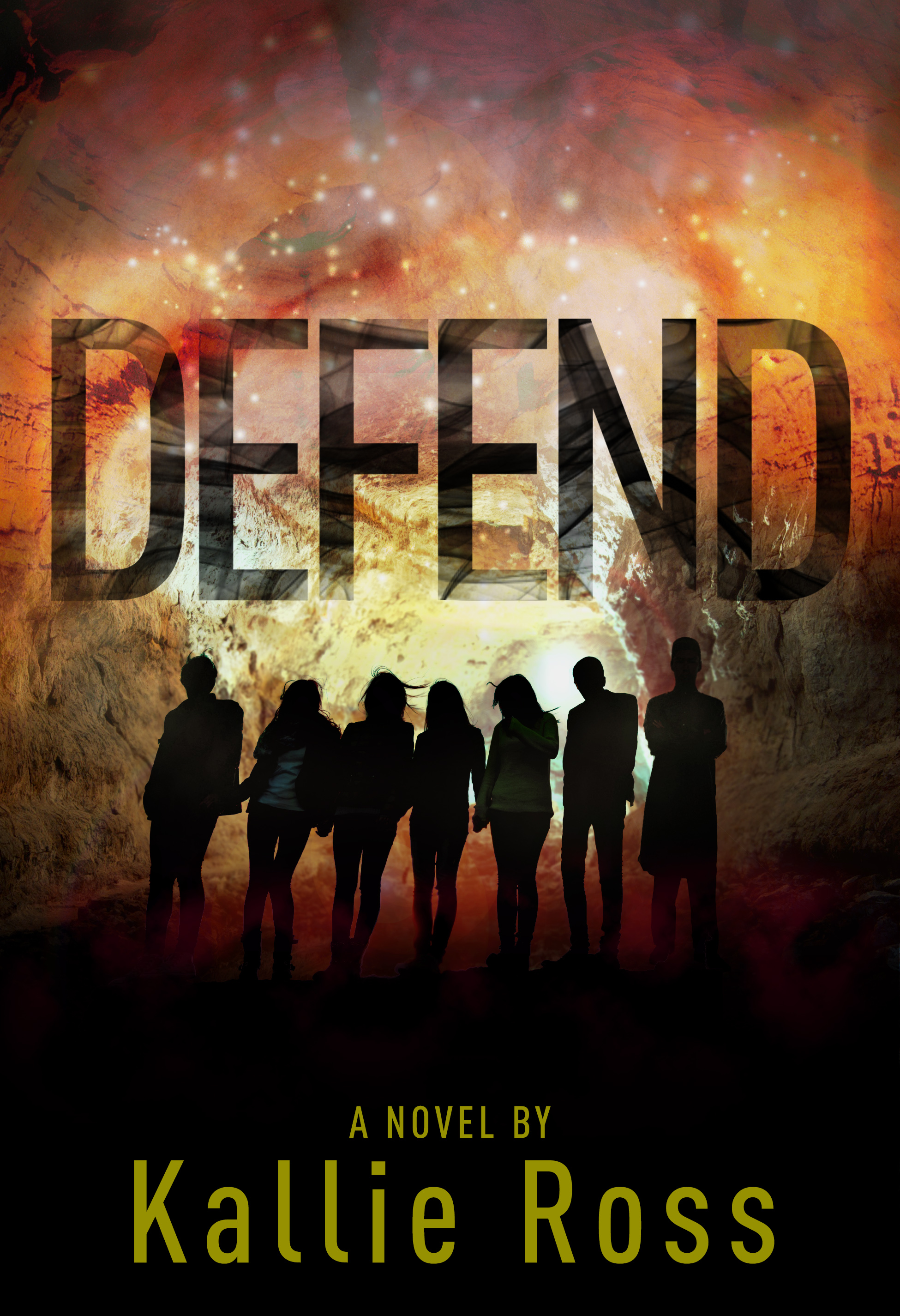 I’m absolutely thrilled to bring you the Cover Reveal for DEFEND! DEFEND is a Young Adult Fantasy Adventure and the second book in my A Lost Tribe Series.  DEFEND releases on May 21st!! Add DEFEND to your TBR pile now and be sure to (re)read DESCENT while you wait!

After emerging from her Descent into an uncharted underground world, Ollie Miller is sure of three things. First, her feelings for her best friend, Mateo, are far from platonic. She can’t even look at Mateo without blushing at the memory of his lips on hers. Second, an evil man named Zadok is plotting to destroy the civilization above the surface. Third, there is no way to save the earth without returning underground. At least this time, she will have her mother along with Mateo and her friends to help guide her.

On their journey, noor, a mystical blessing guides them, but only if they’re willing to follow. Ollie’s determined to save the tribe from their evil leader, even if it means facing off with her long-lost grandfather. As Zadok comes face to face with his runaway daughter and his granddaughter, his plan starts to unravel, but is it too late to stop the destruction that he put into motion? Can the tribe survive and the surface be saved? Will Ollie learn to trust her own heart before it is too late?

Defend is the conclusion to Ollie’s discovery of a lost tribe in Descent. Don’t miss this adventure, brimming with ancient secrets and a thrilling underworld.

Don’t forget to grab the first book in this amazing series, DESCENT…

Seventeen year old Ollie Miller is ready to leave all of her hurt feelings behind, but moving on seems impossible while living next door to her ex-best friend, Mateo. When curious earthquakes begin to shake and rip open the foundation of her small town, the ground becomes as unsteady as her feelings for him. When they fall, they fall hard…Ollie’s disastrous attempt to save Mateo’s brother from falling into a curious chasm results in their descent into a cavernous wonderland. Ollie, Mateo, Jesse, and Alexis search for a way back home, and encounter a mysterious tribe of natives. Gabriel, the next in line to lead his people, is granted permission to guide them to the surface. On their treacherous journey, an overzealous elder threatens all of their lives, because he can’t risk them exposing his people, or the power he wields. The group discovers ancient secrets, unexpected truths, and uncharted feelings. Ollie must find a way out or risk being stuck in the caves forever—or worse, dead.